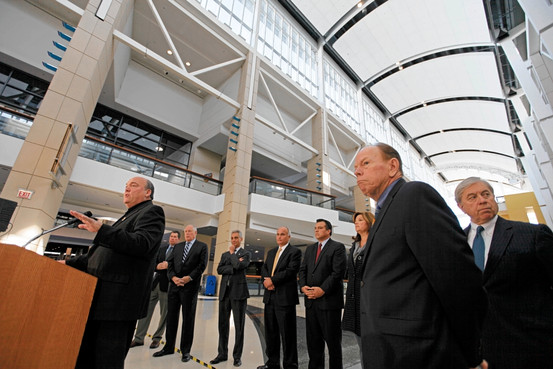 I was the project manager of the painting subcontactor at the McCormick Place West project.

From: Wall Street Journal December 31, 2011, Cross Country, “Have We Got a Convention Center to Sell You!”